What CSI Doesn’t Tell You – Part One 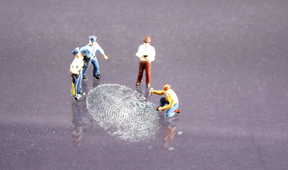 Since the hit TV programme CSI: Crime Scene Investigation first aired back in the year 2000, the science of criminal forensics has become more familiar to many people. This show, plus its spinoffs set in Miami and New York, and other programmes like it, offer a confident and often somewhat glamorous view of forensic science – however, it’s not an entirely accurate picture.

In the show, you often see the crime scene investigators collect and analyse evidence, identify the villain of the piece and then follow up with a raid, an arrest and even an interrogation. In the real world, however, life as a crime scene analyst is rarely so exciting. They will attend the crime scene to collect evidence, and they will take it back to the lab to analyse it – but then the real-world analyst will submit their report to the detectives handling the case, and will generally have no further involvement until it’s time to give evidence in court.

The programme also shows techniques and procedures within the lab in a somewhat unrealistic light. Procedures which take hours (or even days) in real life are shown as being completed in minutes – after all, the programme has to solve the case within an hour. There are also unlikely and even impossible techniques, such as one early episode which showed the team taking a plaster cast of the inside of a stab wound in order to identify the weapon. In real life, this isn’t possible – although assessments of depth and shape can be made.

The success of the show has led to what’s called the CSI Effect – something which has both positive and negative results. On the positive side, the portrayal of forensic science in the media has meant that more people are encouraged to take up this fascinating area of study. Forensic sciences programmes at many colleges and universities have grown in size, and crime laboratories receive more applicants for their positions as a result. In one case, a serial rapist was convicted after one of his victims, inspired by CSI, tore some of her own hair out to leave in his car and tie him to the attack.

On the other hand, it is often said that the CSI Effect leads jurors to expect forensic evidence at trial and lean towards acquittals when it isn’t provided. In fact, although DNA and fingerprint evidence abounds in the world of television, in real life it’s far from a routine discovery. It has also been suggested that television portrayals of forensic science may help criminals to avoid discovery. This is rebutted by some, such as Max Houck, director of the Forensic Science Initiative at West Virginia University, who pointed out that those who resort to a life of crime are generally not very intelligent to begin with, and attempts to conceal forensic evidence can often lead to the criminal actually leaving more.

In part two, we’ll look at some of the truths of forensic science – what it can and has achieved. In the meantime, if you’re looking for resources to teach aspects of forensics, why not check out our range of biology equipment, which includes simulated blood typing kits and much more. You can also contact us on 01366 385777 for more information on any of our products.