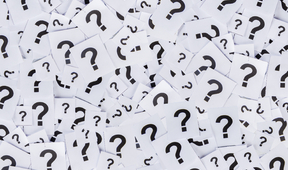 2014 was a fantastic year for science, with breakthroughs in all areas of the field. As we have now moved on into 2015, we thought it would be a great time to have a recap of some of the greatest scientific achievements from last year.

1) This has got to be one of, if not the greatest scientific achievement of the year. It’s been 20 years in the making, but after all the planning, it all finally paid off when the European Space Agency landed a small robot spacecraft onto a comet travelling at around 84,000 mph. This has fantastic implications for the future of space travel and exploration, as we continue to improve the technology we already have.

2) It’s been a great year for medical science as scientists are a step closer to finding a way to cure diabetes. They have found a way to create the cells that respond to high levels of blood sugar by creating insulin. This is a huge advancement, but the next step will be finding a way to protect these cells from the autoimmune system that destroys the cells in diabetic patients.

3) Sticking with the medical theme, scientists enabled a paralysed man to walk again by transplanting cells from his naval cavity into his spinal cord. Darek Fidyka was left paralysed for 2 years after being repeatedly stabbed in the back in 2010. 3 months after the groundbreaking treatment, Mr Fidyka began to notice his legs gaining muscle from his rehabilitation exercises. He is now able to walk with a frame, and is regaining bladder, bowel and sexual sensation.

These achievements, and many more from 2014 are a huge leap forward for the science and medical community. Who knows what we’ll be reviewing this time next year?! One thing is for sure – scientific discovery is advancing at an incredible rate, and we’re sure to see some great things over the next year.

Here at Edu-Lab, we are proud to be a part of the process, and as providers of scientific laboratory supplies, we’re excited to see what they can be used for. If you would like more information about any of our products, don’t hesitate to contact us today by calling 01366 385777