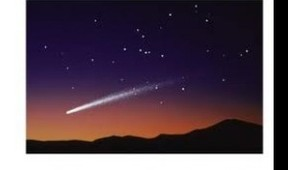 Having watched the news over the weekend I was excited to hear of the Perseid Meteor Shower this month. Fantastic views ahead for stargazers now the shower is building to its peak.

The question I ask myself is, would I have been so interested a couple of years ago before BBCs Stargazing Live aired? The answer I have to admit is probably not.

For astronomy novices like myself I look forward to sitting down in the evening and being taught by Professor Brian Cox and Dara O Briain from the comfort of my living room. I remember reading that shortly after the show aired telescope sales shot up by 500%. For fellow fans of the show it is not hard to understand why!

Despite the fact that the last series finished in January my astronomy interest continues to grow, the Celestial Star Globe is a particular favorite. Have a look at our Physics  section to continue being educated before the next series starts!