The Microscope: A Brief History 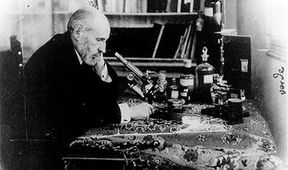 One of the most widely recognised pieces of science equipment; the compound microscope dates back to around 1620AD, where European scientists used an objective lens with an eyepiece to view specimens in great detail. Previously, around the 5th century BC, ancient Greeks had written a few accounts on the optics of water-filled spheres and paved the way for many innovations in the technology that would later result in the microscopes we use today.

While the original inventor is unknown, Galileo Galilei is often credited as being the first due to his idea of using a telescope to view small objects. He went on to build his own version of the microscope after he saw one built by Cornelis Drebbel at an exhibition in Rome in 1624 and decided he could make a better one himself. After submitting his to the Accademia dei Lincei a year later, Giovanni Faber named it ‘microscope’.

Since then, the microscope has gone through many changes and improvements; most notably, the modern light microscope. In the 17th century, Dutch scientist Antonie van Leeuwenhoek created a single lens microscope with 300x magnification – an impressive feat for the day. To do this, he took 2 riveted metal plates and added a very small glass ball between them. He then went on to discover micro-organisms using this very instrument.

Today, there are many different types of microscopes available for used in scientific research. Some examples include:

While in the past Microscopes were rare and expensive, today they can be found in most laboratories and can be easily bought online. For example, we sell various different monocular, binocular and trinocular microscopes and slide sets on our website, ranging from human cell to animal tissue and plant cells. 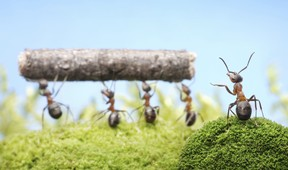 The latest Marvel superhero film is a blockbuster of a different size; whilst fight scenes in The Avengers frequently cover … Continue reading "The Science of...

The Microscope: A Brief History

One of the most widely recognised pieces of science equipment; the compound microscope dates back to around 1620AD, where European … Continue reading "The Microscope: A... 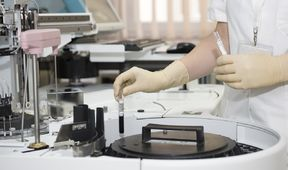 A laboratory can be a hazardous place; working with chemicals, bunsen burners, glass and other potentially dangerous equipment raises many … Continue reading "Laboratory Safety Equipment:...