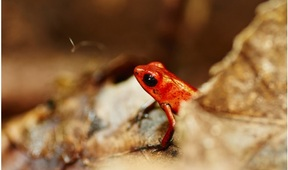 The animal kingdom is hugely diverse. Its wonders never cease to amaze, and illustrate just how incredible the natural world really is.

To date, scientists have discovered millions of animal species here on earth. But it’s predicted that there are millions more than remain undiscovered too. Over the past few months alone some 18,000 new species have already been found. And from cartwheeling spiders, to teeny-tiny frogs, here we’re going to take a look at some of the most fascinating of these. Enjoy! 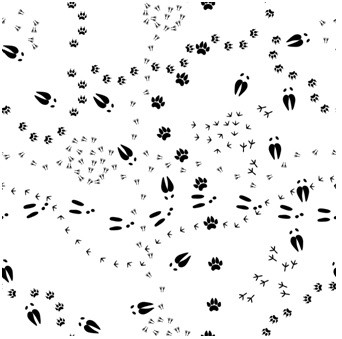 The ‘Chicken From Hell’ Dinosaur

This fowl looking dinosaur more than deserves its less than flattering moniker, and can only really be described as resembling some kind of giant demonic bird. At 3 meters long and over 500 pounds, the Anzu wyliei is among the largest feathered dinosaurs ever found in North America.

This feathered beast was just as deadly as it looked too, thanks to its long, sharp claws, that would have been more than enough to help these curious looking creatures fend off predators.

The Anzu wyliei is thought to have possessed a rather peculiar mixture of bird and dinosaur-like features, including feathers, a parrot-like beak, and a tail.

A contemporary of the more famous Tyrannosaurus rex, this newly discovered dinosaur species is believed to have lived in North America approximately 66 million years ago.

The fossilised remains of the creature suggest that it mainly chowed down on a variety of vegetation, and perhaps even some small animals too! 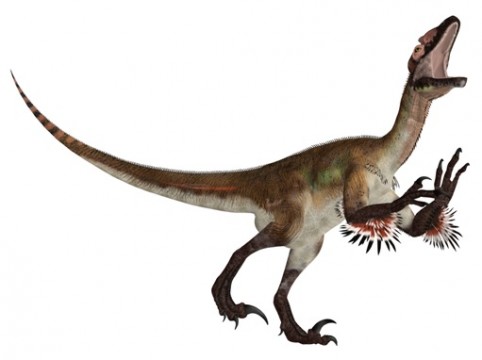 Scientists have recently discovered 7 new species of miniature frog, clinging to survival in Brazils isolated mountaintops. These tiny frogs, which are even smaller than a bumblebee, are among the smallest terrestrial vertebrates found here on earth, and take the meaning of cute to a whole new level. No, really, we defy you to take peek at these cute critters without breaking into a grin!

These new frog species belong to the genus Brachycephalus, a frog family known for their miniscule size, bright colours and conspicuous markings.

But don’t let these teeny-tiny frogs fool you. They may look cute, but they can be deadly too. These brightly coloured amphibians can produce a powerful neurotoxin, known as tetrodotoxin. This highly potent substance interferes with nerve signals and can cause paralysis and even death!

These miniature frogs have evolved to possess a number of other neat adaptations too. For example, because of their tiny size, they’re able to emerge from their eggs as fully-formed adults.

Thanks to this adaptation, these frogs don’t have to go through the tadpole stage like other frog species. This confers a number of advantages, and, for example, means that they do not have to rely on access to standing water to ensure their survival. These frog are also able to stay hydrated by soaking up water from the ground, through the skin on their bellies – pretty neat right?!

All this goes to show that sometimes good things really do come in small packages! 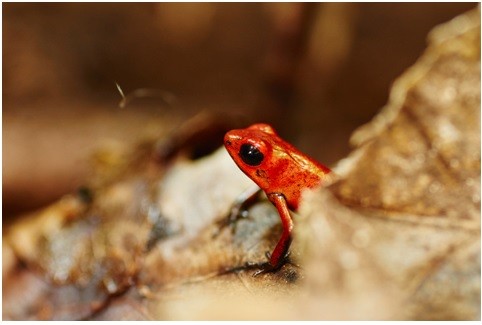 In the face of danger many animals species, ourselves included, would simply run away. But one recently discovered species of spider prefers to use a rather different tactic altogether – it cartwheels!

Yes, you did read that right. This bizarre spider – known as the Cabrennus rechenbergi – can cartwheel. Which makes it hands down one of the most bizarre, yet strangely fascinating species discovered in recent times.

The nocturnal spider species was found by scientists rollin’ around the Erg Chebbi desert in Morocco, and has been affectionately nicknamed the ‘flic-flacker’.

What sets this spider species apart from other arachnids are its amazing gymnastic abilities. When threatened, these spiders can perform an array of acrobatic flips in the air, which closely resemble cartwheels. Remarkably, not only can they do forward flips, they’re pretty adept at cartwheeling backwards too!

Ok, so we know what you’re thinking, other than looking rather amazing – and perhaps even impressing their enemies – what benefit could displaying aerial acrobatics such as these have? Well, as it turn out, quite a lot actually! These spiders are able to cartwheel twice as fast as they can run, allowing them to literally cartwheel in the face of danger…Kudos. 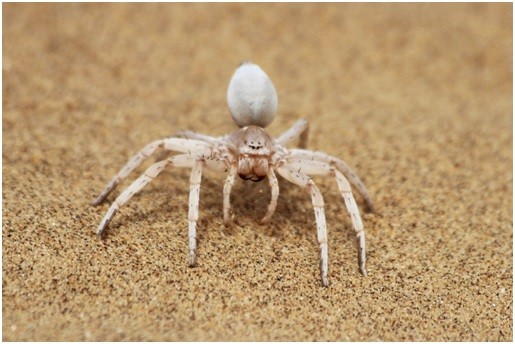 We hope you have enjoyed this round up of some of sciences most recent species discoveries. Here at Edulab, as suppliers of high quality science equipment, including superior laboratory glassware, we love science, and can’t wait to see what weird and wonderful animal species are revealed next!

If you would like more information regarding our services and the products we offer, simply get in contact with one of our expert advisors today, by giving us a call on 01366 385777.