The Curious Case of the Fungi and the Zombie Ants

Zombies. The word conjures up certain images; of the undead shambling around in horror films like Dawn of the Dead or, possibly more terrifyingly, running around in films like 28 Days Later. They’ve been a fixture of horror movies since the 1960s, although they first appeared considerably earlier, and are now also a common antagonist in video games from Left 4 Dead to The Last of Us.

Most terrifyingly of all, however… they may have some basis in scientific fact. 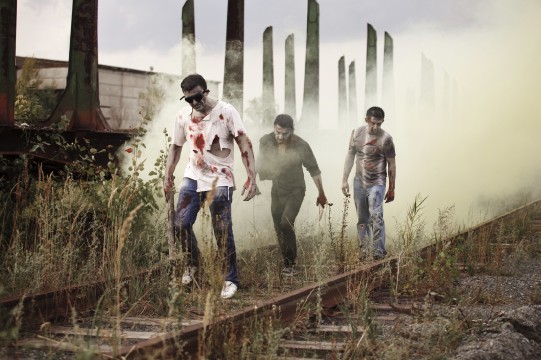 Picture the scene: you’re going about your business when you suddenly have a strange urge to climb. Unable to resist, you ascend to a particular high place, and anchor yourself securely to this vantage point. Your muscles stop responding, and you can’t let go. Then a mushroom grows out of the back of your head, finally releasing spores to infect others in the same way. You’re an unfortunate carpenter ant, and the deadly zombie fungus is Ophiocordyceps unilateralis, or Cordyceps. 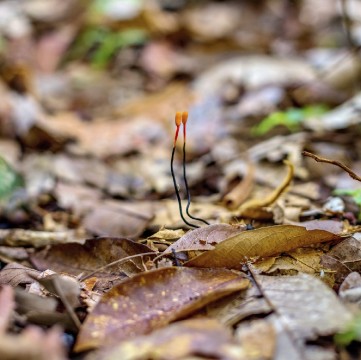 See Cordyceps in action in this clip from BBC’s Planet Earth.

This fungus – or rather, family of fungi, as there are many varieties of Cordyceps – has evolved with a specific parasitic behaviour that is undoubtedly disturbing and all too familiar to horror fans. It infects a carrier, and manipulates their behaviour with a mind-controlling chemical cocktail, forcing them against their will to take up a position which will aid the spread of its spores, then disabling them there, killing them and growing out of the carrier’s body. In the case of the carpenter ants, this is usually on the underside of a leaf, where they clamp their mandibles into the main vein in a death grip.

The ants, in turn, are often familiar with Cordyceps, and if they recognise an infected ant they will carry it as far away from the colony as possible – a little heartless, if the ant in question happens to be a relative, but preferable to the infection and loss of the entire colony. 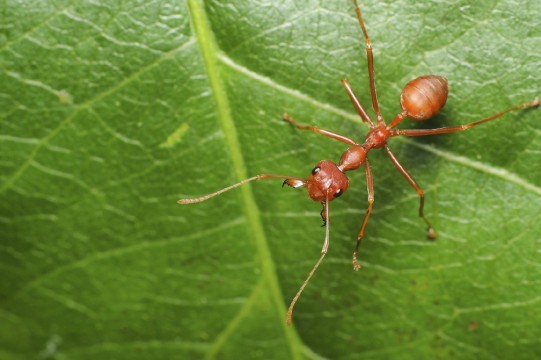 If you’re feeling a little unnerved by all this, science has some good news for you. Researchers found that Cordyceps was unable to control ants which it didn’t co-evolve with; it was unfamiliar with them and therefore couldn’t create the right chemical cocktail to manipulate their brains. This means that it is thankfully unlikely that we will ever encounter a form of Cordyceps which can turn us into fungus-carrying zombies.

Should you wish to prepare for this particular kind of zombie apocalypse (just to be on the safe side) by studying Cordyceps for yourself, you’ll need some high-quality scientific laboratory supplies – which we here at Edulab are more than able to help you with! Simply contact us on 01366 385777 today. As for the zombie-proof bunker, weapo