Science in the Movies 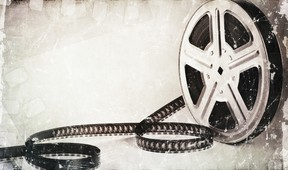 Science in the Movies

Science often features heavily in films and has provided the inspiration for a variety of plot lines, however there’s no denying that when it comes scientific accuracy, movies often use a bit of creative license. In this post, we’re going to take a look at some of the best and worst examples of scientific accuracy in films.

The recent Hollywood blockbuster tells the story of the future of Earth, where the population is dying out. Their only chance at survival is to relocate to another planet through a recently discovered rip in the space-time continuum. Surprisingly, there are some elements of the film that hold scientific truth, such as the depiction of the Gargantua black hole. In fact, it was more accurate than ever before, and the computer simulations led them to discover that black holes are slightly concave.

However, there were also plenty of fallacies in the film, such as the sequence that features the astronauts slingshotting themselves across the path of a black hole to avoid being sucked in. The speeds they would have needed to do this would almost certainly have destroyed the ship!

The dinosaur movie that everyone loves may not be quite as farfetched as you think! In 2013, scientists discovered a 46 million year old fossilised mosquito with a belly full of blood. This is how the scientists of Jurassic Park found DNA with which to resurrect dinosaurs, so you can imagine how excited we all were! Sadly, scientists stated that DNA is a very large and fragile molecule, which just won’t survive millions of years. This, unfortunately, means that we will have to put our dinosaur dreams to rest for now!

This thriller is set in the year 2054, where the police are able to stop crimes before they happen through the use of ‘precognitive’ humans. Although the premise is a little out there, some of the technologies featured in the film are based in reality, as Stephen Spielberg consulted experts in an attempt to give as accurate a portrayal of the future as possible. Technologies such as electronic paper and personalized advertising through facial recognition are in development, and retina scanners are now a reality.

Here at Edu-Lab, we’re passionate about science, on and off the screen. We’re leading suppliers of science equipment, so if you’re interested in any of our products, or would like some more information, don’t hesitate to contact us by calling 01366 385777 to speak to a member of our team.