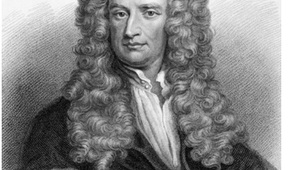 Isaac Newton was a genius. There’s, no two ways about it.

This legendary scientific figure changed our understanding of the universe, and the laws that govern it forever.

Revered in his own lifetime, and to this day, scientific figures don’t come much bigger – or better – than this!

If you’ve ever wanted to know more about this ingenious hero of science then you’re in luck. As here in the latest instalment in our continuing series on Giants of Science, we’re going to take a closer look at the man, the legend, that was Isaac Newton. 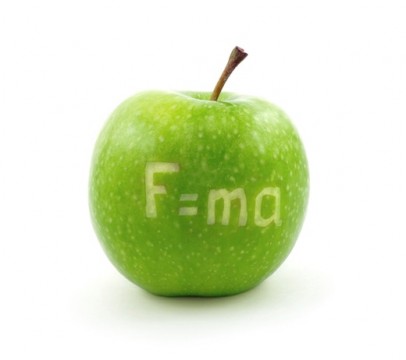 A Legend Was Born

Isaac Newton was born on Christmas day 1642, in Lincolnshire, England. At the time of his birth England was in chaos, the country was being torn apart by civil war and the threat of the plague loomed ominous and large.

In fact, things were so bad many believed that they were about to witness the end of the world!

From a young age Newton displayed a strong interest in technology and mechanics. After leaving school he went on to enrol at Trinity College, Cambridge, where he studied law.

But after completing his bachelor’s degree in 1665, Newton decided to follow a rather different path, and began studying maths and physics instead. Unfortunately the university was forced to close that same year, after the great plague, which had been ravaging Europe, came to Cambridge.

Newton was forced to return home, where he continued to pursue his private studies. This turned out to be the most productive period of his career. It was during this time that he began working on some of his most celebrated discoveries, including his theories of the laws of motion, for which he would later become famous.

Newton is most renowned however, for his discovery of gravity. In fact, one of the most famous scientific anecdotes ever told is the story of how Isaac Newton discovered gravity.

The story goes that a young Isaac Newton was sat in his garden, when an apple fell on his head. In a stroke of pure genius, Newton is then said to have come up with his theory of gravity.

This definitely makes for an interesting story. But truth be told, this old tale is a little more fiction than fact!

The true story of Newton’s greatest discovery is actually a little more complicated. Whilst there is a core of truth to this tale, in reality, events unfolded a little differently.

Contemporary accounts reveal that there was in fact an incident with an apple – although the fruit in question did not, as is commonly portrayed, fall on Newton’s head. 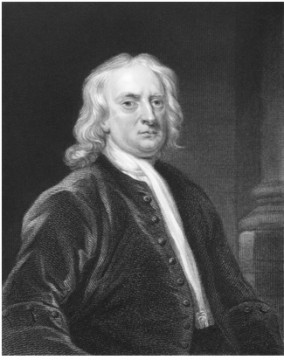 In 1667, with the threat of the plague diminished, Newton returned to Cambridge, where he was elected a fellow of Trinity College. In the same year, he also became a member of the Royal Society.

Newton published his most famous work and masterpiece, the Philosophiae Naturalis Principa Mathetmatica in 1687. This legendary work set out his theory of gravity and his laws of motion and is widely regarded as one of the most important scientific works ever written. It revolutionised the field of Physics and contained nearly all of the fields essential concepts.

Newton’s laws of motion, which he set out in this work, helped to explain not only the orbit of planets, but also many other types of motion too.

The publication of this work saw Newton rise to international prominence and contains much of what he is remembered for today.

Newton went on to make a number of other discoveries too, and was also later elected president of the Royal Society, before his death in 1727.

The inspiring Isaac Newton helped lay the foundations for the modern scientific age, and his theories of gravity and motion continue to underpin much of contemporary Physics. 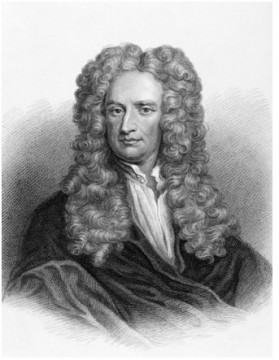 Here at Edulab we like to celebrate the achievements of great scientists such as Isaac Newton. We’re passionate about all things science and are suppliers of a fantastic range of scientific equipment, including laboratory glassware.