Fun Experiments You Can Try at Home 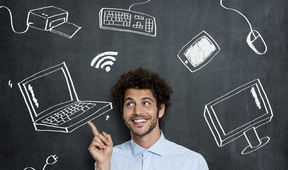 Experiments are at the heart of the scientific method; you formulate a hypothesis, and you perform experiments to see if the evidence supports or disproves your hypothesis. They don’t always require a fully equipped laboratory, however – there are plenty of fun experiments that you can try for yourself at home!

Also known as the film canister rocket, we’ve taken to calling it “Physics Magic” after it was seen in a second season episode of “Criminal Minds” – you can view the clip on Youtube here. Unlike the character Dr Reid in that clip, however, we are going to tell you how it’s done!

We recommend safety goggles too, and taking this experiment outside – after all, as the aforementioned clip shows you can get some force and distance!

Put half the antacid tablet and 5ml (a teaspoon) of water into the canister and – very quickly – snap the cap on tightly and put the canister on a stable, flat surface, cap side down. Step back, wait a few moments and watch it fly!

If it doesn’t pop, leave it at least thirty seconds before going back to it – if the cap isn’t on tightly it may take longer to go.

Adding water to the antacid tablet makes it fizz and dissolve; it also creates carbon dioxide gas. As the gas is created it fills up the canister, increasing the pressure. When there’s enough pressure, the cap is pressed down against the ground and the rest of the pressure has to go up – meaning canister blasts away into the sky. This is basically the same system of thrust used in real rockets!

If it doesn’t fly, it’s usually because the cap wasn’t put on tightly enough. This allows the gas to leak out, so the canister doesn’t build enough pressure to fly.

To make it a true experiment, you can use this technique to test different hypotheses; for example, does the size of the antacid tablet affect how long it takes to launch? Is it affected by using water at a certain temperature? Can you control the flight by adding fins or a nosecone to the canister?

Is it possible to turn a bucket of water upside down without spilling it? Yes – if you do it the right way.

Fill the bucket about halfway with water. Make sure that you’re standing well clear of any people or objects (you really do need space for this one!) hold the bucket with your arm extended and spin it in a circle up to the sky and back towards the ground. Be ready to get wet while you work out the right speed to spin it!

Normally, if you hold a bucket of water upside down, gravity will act on the water and make it fall towards the ground. When you spin the bucket at the right speed, you create a centripetal force that’s at least as strong as the gravity, and that keeps the water in the bucket.

If you spin the bucket too slowly, you won’t create enough centripetal force – and you’ll get wet!

These are just two experiments that you can try at home to learn about different principles of science, and they don’t require any particularly special equipment. For other experiments, you may need laboratory supplies such as Bunsen burners, microscopes and balances. Here at Edulab, we offer a wide range of equipment and consumables to help you find exactly what you need to support or disprove your latest hypothesis. For more information, get in touch with us on 01366 385777.