First Limb Grown In A Lab 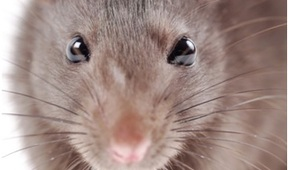 Scientists have made huge advances in the field of prosthetics in recent years. But the ultimate goal of replacing lost limbs with biologically functional limbs remains just out of reach.

That is, until recently, when scientists made the groundbreaking announcement that they have recently grown an entire rat limb in the lab, creating the world’s first biolimb.

This revolutionary breakthrough is the first step towards engineering replacement limbs, providing hope for the future that we could one day provide amputees with fully functional biological replacement limbs.

Want to know more? Then you’re in luck, as here we’re going to take a closer look at this amazing scientific feat, and what it could mean for the future of prosthetics. 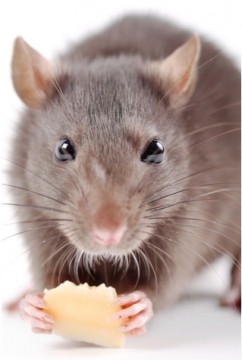 What Did They Do?

A team of regenerative scientists and surgeons from Massachusetts General hospital have successfully grown a semi-functional rat forelimb in the lab. Oh, and if that wasn’t impressive enough, not only is it equipped with blood vessels, muscles, and skin, it even moves too!

How Did They Do It ?

The team did not re-grow the limb from scratch, per se. Rather they utilised a forelimb from a donor rat, to provide the necessary scaffolding for the new limb to grow and develop.

This remarkable feat was all made possible thanks to a highly advanced technique known as decellularization and recellularization, or ‘decel/recel’ for short. In the past, this innovative technique has been used to successfully grow a variety of organs, from hearts to ears.

However growing limbs is a whole different ball game, and a tad trickier to say the least! That’s because they require a wider variety of cells.

Simply put, the scientists collected the limb of a dead rat and bathed this in a selection of detergents to remove all of its cells. This process ( decellularization) leaves behind only a scaffold of proteins that give blood vessels, bones, and muscles their shape. To put this in perspective, this technique is kind of like stripping away everything from your house and leaving only the wooden frame remaining.

If you’re wondering what the benefits are of stripping away these cells, the answer is pretty simple really. Without any remaining living cells from the donor, the immune system of the limb recipient is less likely to reject it.

With this process out of the way, next came the hard part. Once all of the cells were stripped away, the team then had the challenge of re-growing all these cells from scratch, and trust us, that’s no mean feat! 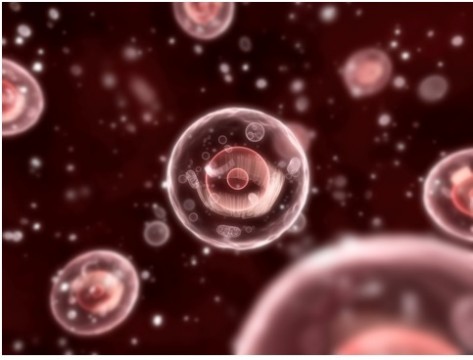 In what was an incredibly intricate and time consuming task, the scientists began this testing undertaking by injecting the limbs main artery with a series of vascular cells – from a different rat- in an attempt to regenerate its veins and arteries. In the future, the limb recipient would provide these cells, ensuring that the final product would be biologically compatible with their body. Next the limb was left to culture in a bioreactor- equipped with oxygen and vital nutrients – for a number of days, to encourage growth.

Finally, the scientists used electrical stimulation to promote muscle formation. After a further two weeks in the biorector a series of tests were conducted on the lab grown limb. Excitingly, these revealed the presence of both vascular and muscle cells growing in the appendage.

Oh and that’s not all, further tests revealed that, when electrically stimulated, the paw was able to clench and unclench. What’s more, the muscle fibres in the rat limb were capable of contracting with a strength equivalent to that of 80% of what is seen in new born animals. And as for the blood vessels, when the limb was attached to an anesthetised rat, these were found to be filled with, well, blood! Pretty incredible right?!

The next step will be for the scientists to develop a technique that will allow them to re-grow nerves, bone, cartilage and connective tissue too. And whilst this will likely prove a significant challenge, it’s hoped that it will not be an insurmountable one at any rate.

There’s no denying the potential of this new technique. If perfected, it could one day be used to replace bionic limbs, which are often expensive to produce, and even transplanted limbs – which can be rejected and require patients to take immunosuppressant drugs for life.

The team behind this breakthrough have got big plans up their sleeves too. Really big plans! Their next challenge? To produce primate limbs, opening up the possibility that this experiment may one day be repeated in humans. Though the team behind this pioneering research have hastened to add that this will be a decade away at least.

Here at Edulab we just couldn’t resist sharing this incredible story with you. As leading suppliers of an array of state of the art laboratory supplies, we’re passionate about all things science, and like to keep up to date with all the latest developments from the scientific field.

If you would like to know more about our services, then simply contact our friendly team today, by giving us a call on 01366 385777.