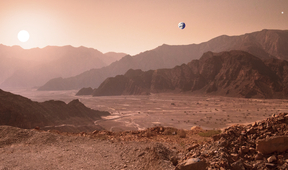 As Jeff Waynes and his infamous musical state, ‘the chances of anything coming from Mars are a million to one’, but as of last week, those odds just became a little better – to what exactly? No-one knows, but this fantastic and incredibly exciting discovery made by NASA is certainly getting people talking more seriously about the possibility of life on other planets.

Yes, last week NASA discovered evidence of flowing water on Mars which has led many researchers to believe that this raises the chances of the red planet being home to some form of life. Over the summer months on Mars, liquid water runs down canyons and crater walls, leaving behind long, dark stains on the Martian terrain that can reach hundreds of meters downhill until finally drying up when autumn comes around and the temperature drops.

Scientists are not entirely sure where the water comes from, but they think it may rise up from underground ice or salty aquifers, or condense out of the thin Martian atmosphere. Images taken from Mars’ orbit show cliffs, and the steep walls of valleys and craters, streaked with glistening flows that in some cases have formed intricate fan-like shapes.

“There is liquid water today on the surface of Mars,” Michael Meyer, the lead scientist on NASA’s Mars exploration programme said. “Because of this, we suspect that it is at least possible to have a habitable environment today.”

The discovery of water on what was once thought to be a dry planet could point NASA and other space agencies towards the most possible sites to find life on Mars, and to landing spots for any future missions where water can be collected from a natural supply.

“Mars is not the dry, arid planet that we thought of in the past,” says NASA’s Jim Green. 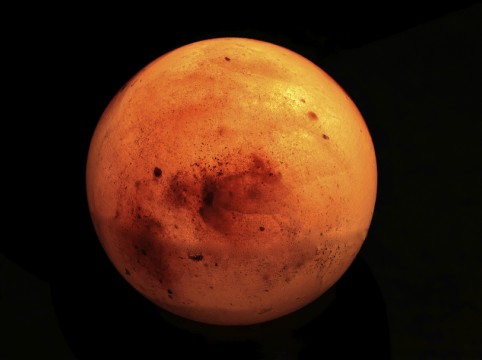 This is not the first time Mars has been associated with water, as it has a very watery past. Back in the 1970’s, pictures showed a surface crossed by dried-up rivers and plains once submerged beneath vast ancient lakes.

Earlier this year in fact, NASA unveiled evidence of an ocean that might have covered half of the planet’s northern hemisphere in the distant past.

Professor John Bridges of the University of Leicester said that while the study was fascinating, it throws up some new concerns for space agencies. According to the professor, the flows could help humanity in its hunt for life on other planets; however agencies are required to do their utmost not to contaminate other planets with microbes form earth. “This will give them something to think about,” he said.

However, he concluded with a statement that works as a truth on what this discovery means for the scientific community, “it’s a fascinating piece of work. Our view of Mars is changing, and we’ll be discussing this for a long time to come.”

Perhaps you’re looking to make the next great discovery? If you are, we at Edulab can help you in your quest; supplying everything from laboratory glassware to model skeletons. For more information on what we can do for you, contact us on 01366 385777 and speak to one of our professional team today.