Amazing Facts About the Human Body 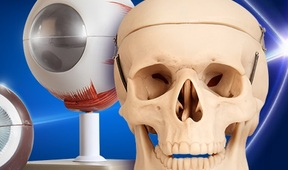 The human body is nothing short of incredible. The scientific field continues to make some truly fascinating discoveries about our bodies, and from the blood in our veins to the hairs on our skin, the human body really is a scientific marvel. So here we take a look at some amazing facts about the human body, you probably won’t have learned in your biology lessons, which might just blow your mind.

We’ve the Same Amount of Hair as a Chimpanzee!

The question as to why we lost our protective fur has baffled scientists for generations and whilst a number of attractive answers to this burning question have been proposed, a definitive conclusion has yet to be reached.

You’re Tallest in the Morning

It might surprise you to learn that you are, in fact, taller in the morning than in the evening. Our spine is made up of a series of overlapping vertebrae, which are separated by discs made of cartilage. During the day, these discs are compressed by the force of gravity when we sit and stand.

However, whilst you sleep, your body replenishes the fluid between your intervertebral discs. This excess fluid can provide an extra half inch of added height when your wake in the morning.

Goosebumps are a remnant of our evolutionary history and occur when the tiny muscles around the base of our hair follicles tense, pulling the hair into a more erect position. In the case of our fur-covered evolutionary ancestors, this would have acted to fluff up their coats, increasing their insulating properties.

Many mammals also fluff up their fur when they feel threatened, in an attempt to make themselves appear larger and more dangerous. Similarly, we can also experience that strange sensation of our hair standing on end when we are scared.

We Never Actually Touch Anything!

Atoms can, in many respects, be likened to magnets, and due to their electrical charges, the closer they get to one another, the more repulsion there is between them.

This applies even when objects appear to be in contact with one another. For example, when you sit on a chair, you’re actually floating a tiny distance above it, due to the repulsion between atoms and don’t actually touch it. Remarkably, this electromagnetic force is many billion times stronger than the force of gravity too!

Well… sort of. Each and every atom that makes up our bodies is many billions of years old. There are many different types of atoms, such as oxygen, carbon and iron, and we call these elements. Everything on earth is made up of various combinations of elements, including us humans.

Hydrogen is the simplest and also the most common element in our universe and was produced during the Big Bang. Other heavier elements, such as carbon, were forged later by stars.

All stars are destined to die and whilst there are number of ways smaller stars can die, large stars explode in a violent explosion known as a supernova. This explosion causes the elements forged in the star to be blasted across space.

Almost every material and resource in existence was created from these elements, forged in stars, including those found in you, meaning that you’re literally stardust.

Here at Edulab we’re leading suppliers of a wide range of biology equipment and high-quality laboratory supplies, including laboratory glassware and microscopes. For more information, please don’t hesitate to contact us today, by giving us a call on 01366 385777 and a member of our friendly team will be happy to help you with your enquiries.