A Brief History Of The Microscope 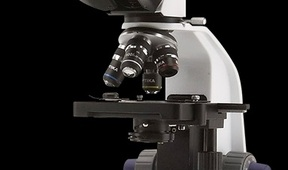 We all remember the first time that a microscope appeared during a science lesson, and the incredible new world that we discovered simply by peering through the ocular lens. Tiny particles and organisms were brought to life and were presented in incredible new detail with vivid colours and a sharp focus.

The earliest versions of the microscope were rather primitive, but they can still be credited with the very first take on the technology, before it progressed much faster in later years. It’s true that the technology behind microscopes has come a very long way, and examining microscopic particles in unprecedented detail is something we perhaps take for granted.

Who was it then? Where did the first microscope appear? How different was it from the microscopes we use currently? And who takes the credit for developing the modern, highly-advanced equipment that’s common in laboratories and schools all over the world today? That’s exactly what we’ll discover in today’s article.

It All Begins With the Ancient Greeks

As with the majority of creations and inventions, the history of the microscope is somewhat controversial. Many people can claim to have invented the first microscopic viewing piece, but the earliest known account of this device goes back to ancient Greece.

Yes, incredibly, the Greeks were experimenting with a version of a microscope as far back as the 5th century. Scientists have discovered a few written accounts from this era that depict the optics of water-filled spheres and the ability that glass has to magnify and manipulate the size of certain objects. While there may not have been a conclusive piece of equipment, there seemed to at least be a fundamental understanding of the technology. This is remarkable, considering the lack of electricity, light, basic running water, and other simple technologies around this time.

The Technology Expands Throughout Europe

This is where the biggest gap in the history of the microscope appears. The theory barely progressed until the 16th century, where magnifying glasses had already begun to appear as a precursor to a full microscope.

We have some Dutch inventors to thank for the arrival of the first known microscope – namely the Dutch spectacle makers Hans and Zacharias Jannsen. In the late 1500s, they placed multiple lenses in a tube and made a significant discovery in the meantime – the objects in front of the tube appeared much larger. The microscope was born. From that point on, and with this powerful new technology, scientists were able to make important discoveries.

But that would be far too simple, wouldn’t it? Some controversy still surrounds the history of the microscope.

Galileo Galilei is credited as being the first to use a microscope in some corners, due to his development of the idea of a telescope that could view small objects. He witnessed a version of the microscope that had been invented by Dutchman Cornelis Drebbel at a Rome exhibition in 1624 and concluded that he could make a better one himself.

Galileo’s idea was submitted to the Accademia dei Lincei the following year, and one Giovanni Faber named it ‘the microscope.’

Between the Greeks, Dutch, Galileo himself, and possibly some other undocumented scientists, it’s fair to say that the creation of the microscope was one of the most important moments in the history of science.

In 1665, Robert Hooke published Micrographia, a landmark work that outlined his research involving microscopes and a variety of biological organisms and inanimate objects. It’s most famous for its discovery of ‘the cell.’

Red blood cells and microorganisms appeared in 1675 when Anton van Leeuwenhoek furthered these discoveries, all by using microscope technology.

Microscopes have of course advanced in that time to become more capable, easier to use, and more accurate. The microscope has gone through many changes and improvements, and there are now several different types of microscopes available.

Today we see electron microscopes, fluorescence microscopes, x-ray microscopes, and even scanning probe microscopes. They can now perform unthinkable magnifications in astounding detail with high resolution and clarity. They’re an essential piece of equipment in modern science, and they’re also important for education in classrooms and labs throughout the United Kingdom.

The true history of the microscope may always be surrounded by controversy, but its significance and vital role in modern science and education cannot be disputed. For more information about any microscopes, parts, and our range of products, please don’t hesitate to contact our team today. We sell various different monocular, binocular and trinocular microscopes and microscopic slide sets on our website, ranging from human cell to animal tissue and plant cells.